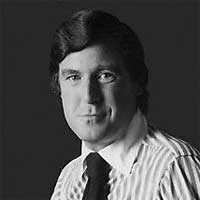 Roger Hargreaves’ ambition was to be a cartoonist. In 1971 his son Adam asked him what a tickle would look like. Roger Hargreaves then decided to create his first Mr. Men book called Mr Tickle. He found it hard to find someone who would turn his work into books but once he did, he sold over one million copies in three years.

Ten years later in 1981, he realised the Little Miss books. The first was Little Miss Bossy.

Both the Mr. Men and Little Miss characters had their own television series called Mr. Men, first in 1974 and more recently in 2008 named The Mr. Men Show.

Roger Hargreaves died at the age of 53. But the Mr. Men carry on and now his son Adam writes and draws new stories for the characters.

Mr Men Get Sorting
Sort the objects into the correct bins.